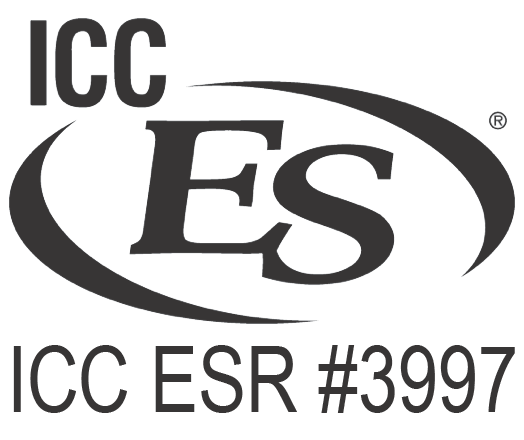 Sacrifice itself with heat. Removing itself by melting or vaporization.

“Fire Tests of Building Construction and Materials” conducted to evaluate the ability of a fire resistive floor or wall assembly to perform its barrier function, resisting the passage of flame, heat hot gases, and smoke in a fire situation.

“Standard Behavior of Materials in a Vertical Tube Furnace @ 750° Celsius”

“Fire Tests of Through Penetration Fire Stops” A complementary test to ASTM E 119 and a method of subjecting through-penetration firestops to a standard temperature-time curve, and to a subsequent application of a hose stream. Two rating identifiers are used. They are “T” which indicates temperature rise, and “F”, which indicates flame occurrence.

The opening around the penetrating item.

A wall of firerated construction (expressed in hours) which serves to divide the floor area of a building into acceptable area limits as set forth in the code having jurisdiction.

Material used in firestop systems to set the depth and provide support for the fill, void cavity material.

Characterized by or formed with absorption of heat.

A rating usually expressed in hours indicating a specific length of time that a fire resistive barrier can withstand fire before being consumed or permitting the passage of flame through an opening in the assembly.

A fire resistance rated vertical or horizontal assembly of materials designed to restrict the spread of fire in which openings are protected.

A listed (approved) device, installed in ducts and air transfer openings of an air distribution system or smoke control systems, designed to close automatically upon detection of heat, to interrupt migratory airflow, and to restrict the passage of flame. Fire dampers are classified for use in either static systems that will automatically shut down in the event of a fire, or in a dynamic system that continues to operate during a fire.

A partition having an assembly of materials that will afford a given fire resistance rating (expressed in hours) to impede the spread of fire from one area to another. .

The period of time a building or building component maintains the ability to confine a fire or continues to perform a structural function or both. This is usually determined or measured by the ASTM E-119 test standard.

A continuous (basement to roof) wall having adequate fire resistance/rating (expressed in hours) with an adequate structural stability under fire conditions to completely subdivide a building or completely separate adjoining buildings to restrict the spread of fire.

A graphic symbol developed to describe the interactions of oxygen, heat and fuel and their contribution to a fire

A number or classification indicating a comparative measure derived from observations made during the process of the boundary of a zone of flame under defined test conditions.

A characteristic of certain fire barrier products that when exposed to heat, expand self-sealing and filling any void in the penetration. When exposed to flame, intumescent materials will form an expanded and sometimes hard char.

The linear opening in or between adjacent fire resistance rated assemblies that is designed to allow independent movement of the building, in any plane, caused by thermal, seismic, wind or any other loading.

A rating usually expressed in cubic feet per minute per square foot of opening as determined by the air leakage test. It is a measure of the ability of a fire resistive assembly to resist air or smoke infiltration resulting from pressure differences. “L” Ratings may be given for both ambient and elevated temperatures.

An enclosed portion of a building structure designed to allow air movement, and thereby serve as part of an air distribution

Any item passing completely through a wall or floor, such as pipes, conduits, and cables.

A continuous membrane, either vertical or horizontal, such as a wall, floor, or ceiling assembly, that is designed and constructed to restrict the movement of smoke.

A number or classification indication a comparative measure derived from smoke obscuration data collected during the test for surface burning characteristics.

The propagation of a flame away from the source of ignition across the surface of the specimen.

The result of a factory and/or field method of joining or connecting two or more lengths of a fire resistant joint system into a continuous entity.

A specific field-erected construction of an assemblage of materials designed to prevent the spread of fire through openings which are made in floors and walls to accommodate through-penetrating items such as electrical conduit, cable, cable trays, and metal and plastic pipes.

UL is the abbreviation for Underwriters Laboratories, a non-for-profit independent testing organization for public safety. UL maintains and operates laboratories for the examination and testing of firestop systems.

“Fire Tests of Building Construction and Materials” – Similar to ASTM E 119. Evaluate the length of time that the types of assemblies (masonry units, columns, girders, beams, slabs etc.) will contain a fire or retain their structural integrity, or both, dependent upon the type of assembly involved during a predetermined test exposure. The test evaluates the assembly’s resistance to heat, and in some instances to a hose stream, while carrying an applied load, if the assembly is load bearing.

A UL publication which contains description and ratings of firestop systems.